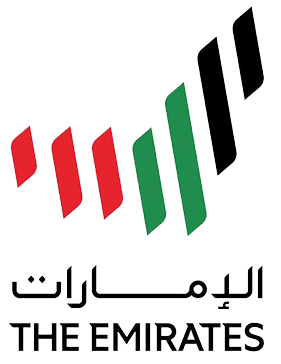 His Highness Sheikh Mohammed Bin Rashid Al Maktoum, Vice President, Prime Minister and Ruler of Dubai, and His Highness Sheikh Mohamed Bin Zayed Al Nahyan, Crown Prince of Abu Dhabi and Deputy Supreme Commander of the UAE Armed Forces, announced the new logo that will represent the UAE to the world, as part of its nation brand.

The logo attracted the majority of 10.6 million votes cast from all over the world to choose the design that will share the inspiring story of the Emirates. Complementing the slogan ‘Make it Happen’, the logo captures the ambitions, achievements, openness, hope and the culture of possibilities that are an integral part of the country’s fabric.

A STORY OF UNION AND UNITY

The goal of the brand is to enhance the country’s reputation, said Sheikh Mohamed bin Zayed.

“The map of the Emirates is close to the heart of every citizen and resident of this country,” he said. “We appreciate everyone’s efforts to advance the glory of this map globally. We thank each individual and organization that helped in the implementation of this national project and those who voted from all over the world to select the UAE Nation Brand.” Designed by 49 Emiratis, the logo – named 7 Lines – was chosen from two other designs by popular vote. More than 10 million people from around the world took part.

The seven lines of the new logo are said to represent the leaders of the seven emirates who agreed to unite under one flag. Seven lines, shaping the map of the Emirates using the national colours, represent the unity of the future-focused leaders.

The slogan ‘Make it Happen’, which will drive the UAE Nation Brand, embodies the culture of possibilities that distinguishes the country’s story, the thinking of its leaders and the nature of the projects it launches. The slogan also confirms the country’s ambitions that have no limits and defy the impossible.

If you wish to discuss or have any questions, please contact Our Law Firm: info@yalhamed.com